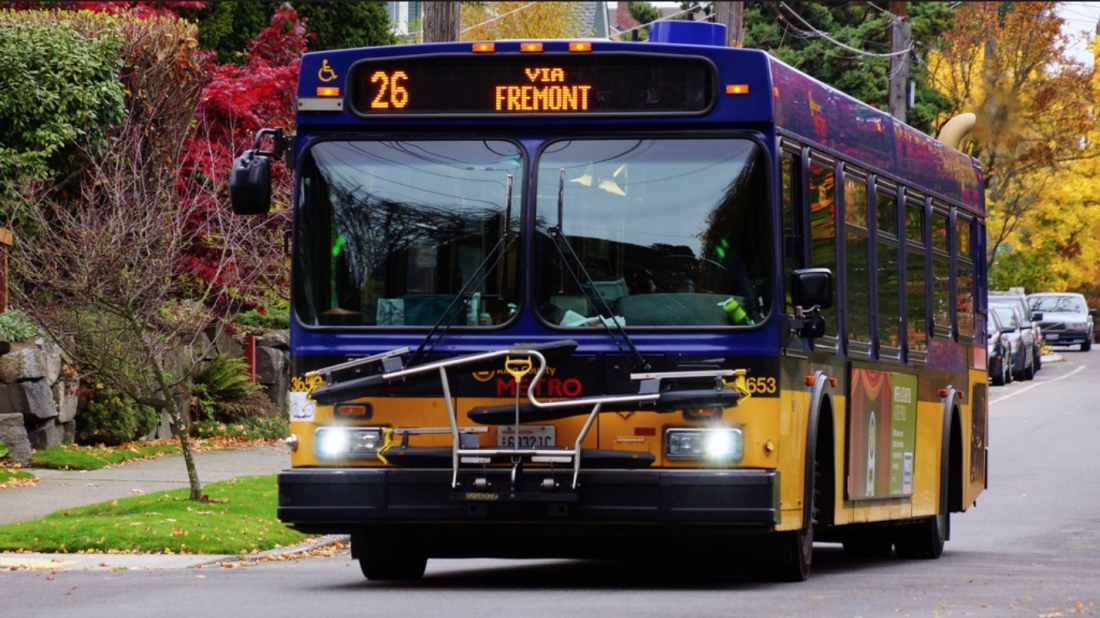 First, we had to recognize that we needed to find something equivalent to driving a car or taking the bus on his own while we worked through our longer term plan.  I could easily drop him off at school on my way to work, but he didn’t want that.  In the Seattle area, we had the option of using the Access Bus Service.  This was a hassle for me in terms of scheduling and coordinating rides but it gave my son his first step toward independent transportation.

During the period of time where he was riding Access to school, we focused his ABA program on several things focused on riding the bus:

When our son mastered his Personal Safety and Bus/Navigation programs, we knew he was ready.  In the Seattle area, they have a wonderful program called Transit Instruction.  We signed up our son and he was paired with an instructor who rode transit with him every day, to and from school, until he had mastered the route and demonstrated appropriate behavior on the bus.

The first time our son rode the bus solo, he met his bus instructor but then he got on the bus on his own with a plan to meet the instructor on the other end of the route.  Unknown to our son, there was a secret rider who was working with the instructor so our son could be observed when he thought he was riding alone.  All went smoothly and our son was ready to truly ride solo.

It was difficult for me the first few times I left my son at the bus stop.  Our son appears to be VERY proud of his ability to independently get to and from school.  And this simply contributes to his confidence across all other areas of his life.

If you are a parent wondering if your older child on the spectrum is ready for this, I encourage you to push yourself.  I’ll share in a future post “what happens if something goes wrong”.  We’ve lived through our son getting on the wrong bus and getting lost in downtown Seattle.  He survived.  We survived.  And our confidence in his ability is even greater now as a result.

I'm a working parent with a young daughter and a teenage son with Autism. I focus on students with Learning Differences as part of my job at Varsity Tutors. I'm also passionate about my kids, as I would expect any parent to be. I bring my project management skills home and my crazy knowledge about managing schedules home and use them both to manage my family. More importantly, I use these skills from work to manage my son's Autism therapy program. Over the years, I've wanted to volunteer more with the Autism community. My form of volunteering is mentoring parents of friends who have found themselves in the difficult position of raising a child who has Autism. I have moments where I wonder where we'd be if I wasn't a project manager by trade, especially as I help parents who are struggling as this is new territory for them. I recently was helping a long time friend who was dating a man who had a child with Autism. As I shared my ideas with her and strategies for how to make life better for this child, she said, "You should write all of this great advice down." This blog is about capturing those ideas. I also hope it inspires other parents out there to not only be the best parent they can be, but to do that while still pursuing the dreams they have for their careers. I believe you can do both. View all posts by Organizing Dreen